Is there such a thing as "open source management"?

The Open Source advocates have been talking about how we could apply "open source management" to things other than open source projects. But the question is, does such a thing exist?And my answer is... no. Open Source projects which do not have strong leadership fail. Commercial projects which do not have strong leadership fail. There is no "open source management" in the end, because people are people and software is software. I've been in both situations -- Open Source and commercial -- and software development is software development, in the end.

Any successful software development project of any scale other than a one-off one-person utility has some sort of leadership hierarchy where various people are in charge of various parts of the project and where there's a mechanism to insure that only high-quality code that complies with the general architectural vision of the project makes it into the project. Projects which do not develop this sort of leadership hierarchy fail -- they devolve into squabbles, or their architecture degenerates into such a mess that the project can't be successfully completed without a total re-write from scratch and a reboot. And if the quality of the people who make it into positions of being in charge is low, the project fails too, because the code base turns into a mess of buffer overflows, memory leaks, and unreadable/unfixable spaghetti code and the Object Hierarchy From Heck (the one that has 20 different levels of inheritance to do the simplest tasks, each of which reaches into the internals of its parent class to tweak something or another that it shouldn't be tweaking).

Whether you call these people "managers", "gatekeepers", "leaders", whatever, software development is software development and leadership is leadership. If you have good leadership, your project succeeds. If you don't, it fails, or is so late to market and such a low-performing mess that you might as well don't bother. That's how it's always been, whether Open Source or commercial is irrelevant. The only real difference is that Open Source contributors won't put up with pure BS as is typical in huge corporations. But that sort of BS is not typical in the small startup environment either, which shares a lot in common with Open Source.

And now for a photo of the Linux Penguin Command and Control Center... 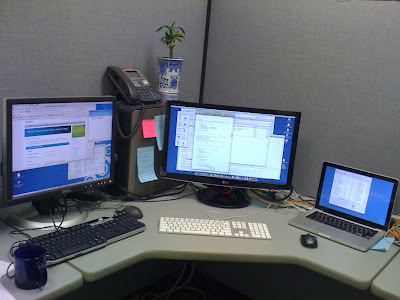